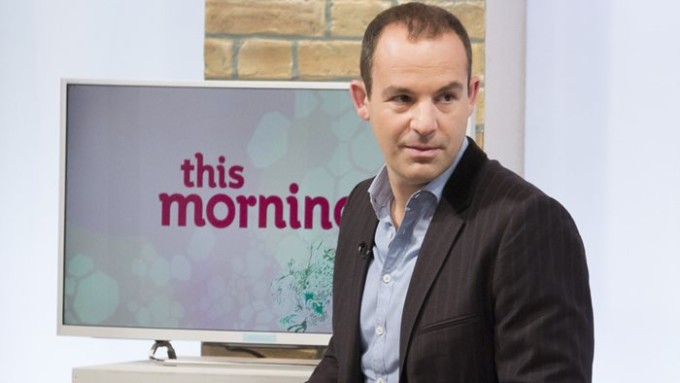 I don’t often post content from other sources but I thought Martin Lewis’s recent pension thoughts were worth sharing. How much should I contribute is a question often asked and I like his answer.

Where we slightly differ is that I would concentrate on long term investments generally and not just pensions.

Read what he has to say and then please leave your comments.

The most important thing is to pay attention and then take some action to get started however modest.

How much should you be saving in your pension?

Prepare for a shock – a new report says 15% of what you earn – plus the Government’s considering pushing the state retirement age up as high as 75.

15% is a lot. Is it really needed? I’m afraid to get a decent private pension in retirement you are going to be talking big money. They were actually talking about the percentage of lifetime earnings, and that’s three times more than most people put in.

You could look at that and say that’s what you should put in each month, but that’s a bit blunt. The rule of thumb I prefer to use is:

Seriously, how do you expect people to afford that? In many cases I don’t – it’s a scary figure, but the big message to get out of it is start as early as you can, and put in what you can. Due to the way money grows when invested, in general for every pound in your twenties you’d need to put in £30 when you’re 50 to have the same impact.

One way to build up your pension is what I call ‘forgotten gold’. That means each time you get a pay rise, if you’re lucky enough to, put a quarter of it into your pension. As it’s new money you won’t miss it in the same way.

If a company is offering you a pension should you take it? These days almost all companies must now offer a pension, provided they’re employing more than one person (aged over 22 and earning more than £10,000), and they need to match contributions. Currently for every 1% you put in, they must put in 1% though this will be rising in October 2017 and many offer more.

In effect, as they’re contributing, this is a pay rise, but as you contribute you’ll get less in your pay packet.

However to voluntarily give up a pay rise is not a good move, so you should do it. And in fact if you do nothing you are automatically opted in: it’s called auto enrolment.

I heard this week of a small employer trying to persuade staff not to do it – likely as it costs the firm money – if that happens to you, or your employer offers cash inducements to tempt you to stay out of a pension scheme (because it costs them less), this is illegal and you should report it to the Pensions Regulator (contact details here).

What about the state pension age, I’ve heard it may be going up?Last week in the House of Commons, work and pensions secretary Iain Duncan Smith said they were going to investigate increasing the state pension age even further. The ageing population means fewer people working to support more people not working, so they want to skew it back.

Currently men retire aged 65, women aged 63, but in 2028 if you’re retiring it will be 67 for everybody, and then the plan is for it to rise to 69 in the following decades.

Yet some think this new consultation could push the age as high as 75. It’s only a consultation but certainly if you’re 50 or under I wouldn’t see your retirement age as fixed, and for those in their 20s and early 30s, it wouldn’t surprise me if you aren’t due your state pension until you’re 70.

How do you get your pension money when you retire? These days you have a lot more flexibility. In a nutshell you can take 25% of it as a tax-free lump sum, then the rest you can take out and pay income tax on, or use it to buy a product like an annuity which pays you an income each year for the rest of your life. Or a combination.

And more changes are due in the Budget next week? There’s lots of talk about it at least. The big one is that currently everyone pays in to their pension tax-free – so that’s a bigger gain for higher-rate taxpayers than basic rate. The Chancellor may equalise that so everyone gets the same, which could be a gain for basic-rate taxpayers and a loss for higher rate.

© UTV – The above is copied directly from UTV’s website