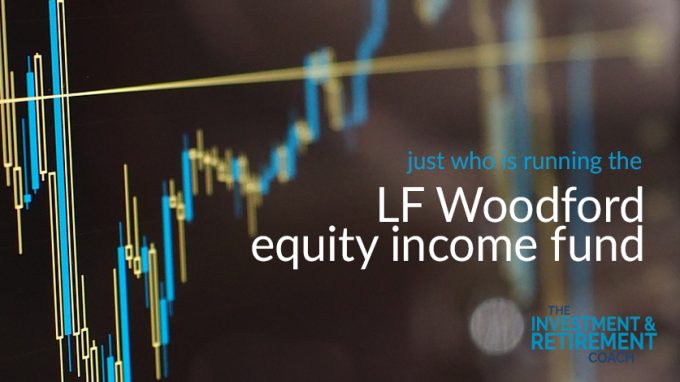 Do Hargreaves Lansdown have Woodford in a headlock?

Just who is running the LF Woodford Equity Income Fund?

The latest investment report from Hargreaves Lansdown discloses significant changes in the investment strategy/processes. The proportion of the fund invested in unlisted stocks will be reduced significantly by the end of 2019 and removed entirely in future.

But that change has only occurred following “encouragement” and “urging” from HL which leads me to ask who is now running that fund?

The investors who have stuck with the fund have kept faith with Woodford but is he now fully in control? HL seem to have him over a barrel because if they removed his fund from the Wealth 50 list and from their Multi Manager Funds the outcome could be disastrous. I have no way of knowing just how much of the fund is influenced by HL but their Multi Manager Income and Growth Fund alone has a holding of around £410 million. I cannot get away from the thought that any other fund would, in these circumstances, have been removed from the Wealth 50 list and it is only the size of the holdings which is keeping it in place.

The report also talks about him being “in the midst of the worst spell of performance in a career spanning more than 3 decades”.

Not one of those typical periods of under performance “THE WORST”.

And then they “encourage and “urge” him to change a strategy he presumably believes in. If it is the investment in unlisted stocks which has caused the under performance, selling them would appear to reduce the recovery prospects.

Ian Woodford has produced outstanding results for his investors over many years so it is not surprising that many of them have stuck with him. The question they now need to ask themselves is whether he remains fully in control of the fund.

As my regular readers will know, I am no longer a regulated adviser so nothing I say should be treated as personal advice. However I need to disclose that, having been a Woodford supporter for many years, I switched out of his funds earlier in the year.

If you would like to talk this through in a little more detail phone or text me, Richard, on 07770 575122. Just accept that I can provide coaching/guidance/education but not personal advice.